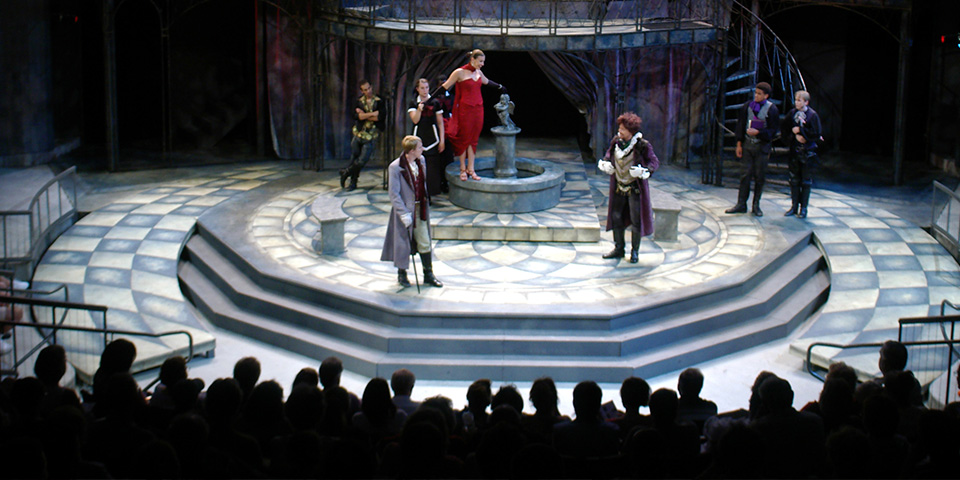 On a warm July night in 1978, tucked away on the old tennis court of Illinois State University's historic Ewing Manor, the Illinois Shakespeare Festival took the stage. The audience, seated on folding chairs in a temporary auditorium, watched the first production of what would become one of the nation’s premier Shakespeare festivals. By 2022, the festival has become an integral part of the Central Illinois entertainment scene and a beloved summertime tradition.

The Illinois Shakespeare Festival has close connections to Illinois State University, beginning with its founding by influential ISU theatre faculty member Calvin (Cal) Pritner. Over the years, multiple generations of faculty, staff, students, and alumni have contributed to the festival’s success.

This exhibition provides a timeline of the festival from its founding to the present, highlighting key milestones, people, and performances along the way.

Panels from this exhibition were previously on view at Ewing Manor from August 26, during the close of the Illinois Shakespeare Festival’s 2022 season.