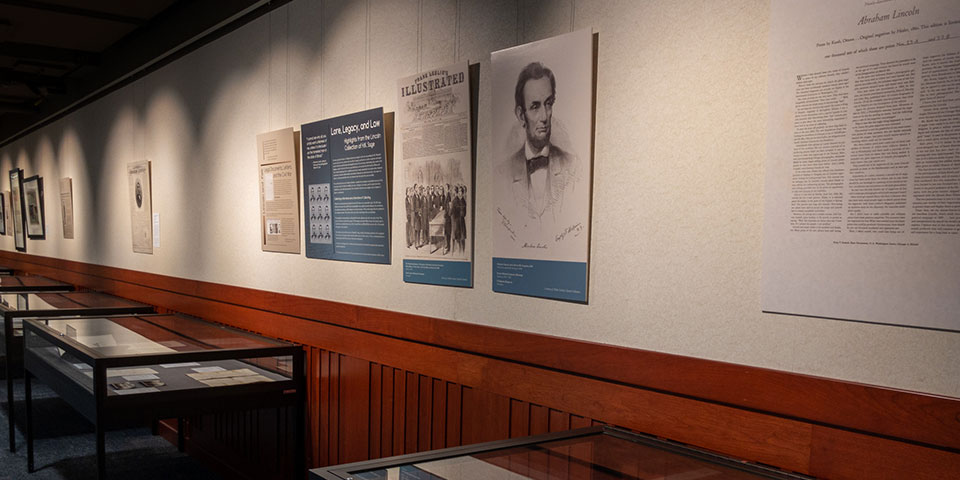 Lore, Legacy, and Law: Highlights from the Lincoln Collection of H.K. Sage

For many people the draw of Abraham Lincoln rests largely in the lore surrounding his life. He was hardworking, honest, fair, concise in his language, and wry in his wit. Historical accounts tell us he was a pioneer who was full of integrity and that he was able to captivate and inspire people with his powerful words and thoughtful actions. He was a good trial lawyer as he traveled the 8th Circuit in the state of Illinois and those humble beginnings led to a political career that is nearly unmatched in its mythos about American presidencies.

Lincoln’s visibility, his sense of purpose, his stance, and his actions have been distilled into a powerful representation. He is somehow both the most complex and yet simplest of figures to understand.

This exhibit highlights Lincoln’s life and work, his connections with other political supporters and actors, and the collecting activities of H.K. Sage, whose life work formed the base of the expansive Lincoln holdings in the Milner Library Special Collections department.