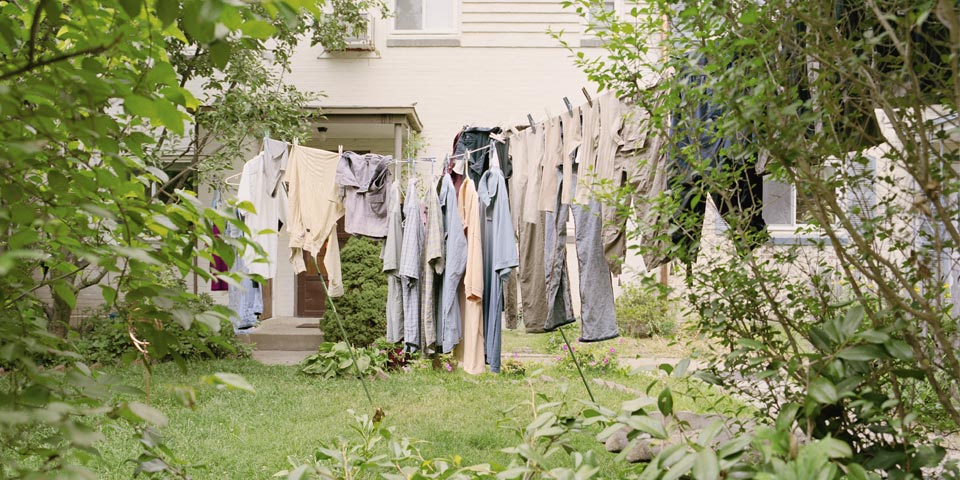 View Jason Reblando’s portfolio edition of New Deal Utopias and work from his series documenting planned communities that were part of the U.S. federal government’s Resettlement Administration during the Great Depression.

Eighty years ago at the height of the Great Depression, the short-lived New Deal agency, the Resettlement Administration (RA), cleared thousands of acres of forest outside of Washington, D.C. to begin conducting a radical experiment: to build federally planned communities, designed to be fully self-sufficient and run almost entirely by cooperatives established by the residents.

Three model towns, collectively known as Greenbelt Towns, were designed upon English “Garden City” principles to provide jobs, housing, and a sense of community amidst open green spaces and egalitarian architecture. RA administrator Rexford G. Tugwell envisioned that Greenbelt, Maryland; Greenhills, Ohio; and Greendale, Wisconsin, would be the blueprint for hundreds of similarly planned communities across the country, in an effort to forge a new American way of life based on cooperation, not competition. The Greenbelt Town program was criticized as a communist boondoggle from the beginning, but it would become one of the most ambitious yet overlooked public works projects of Franklin D. Roosevelt’s New Deal.

Photographer Jason Reblando became interested in the Greenbelt Towns because of his interest in public housing and urban planning, and from 2009 to 2012, he traveled to the cities to document what these idealistic communities look like today. Capturing both the optimism of the original project as well as the historical ambivalence of what came after that moment, Reblando’s project, New Deal Utopias, explores how we continue to grapple with the complexities of government, nature, and housing in contemporary life. His photographs invite viewers to reflect upon their own communities, whether they be planned or unplanned, and meditate upon the human urge to create an ideal society.

Milner Library is pleased to present this exhibition in collaboration with the artist, Jason Reblando, and with support from the Alice and Fannie Fell Trust.

Jason Reblando is an Instructional Assistant Professor in the Wonsook Kim School of Art at Illinois State University. He is the recipient of a U.S. Fulbright Fellowship to the Philippines, an Artist Fellowship Award from the Illinois Arts Council, and a Community Arts Assistance Program grant from the City of Chicago Department of Cultural Affairs. His work has been published in the New York Times, Los Angeles Times, Chicago Tribune, Politico, Camera Austria, Slate, Bloomberg Businessweek, Marketplace, Real Simple, Places Journal, Chicago Magazine, and the Chicago Reader. His photographs are in the collections of the Library of Congress, the Milwaukee Art Museum, the Pennsylvania State University Special Collections, the Midwest Photographers Project of the Museum of Contemporary Photography, and the Philadelphia Museum of Art. He received his MFA in Photography from Columbia College Chicago, and a BA in Sociology from Boston College.