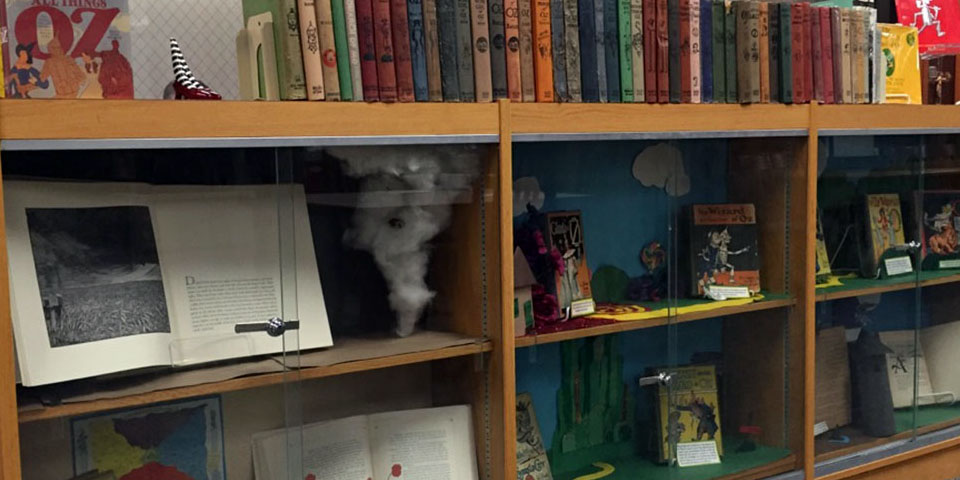 This bright and colorful exhibit follows the timeline of the classic 1939 movie, with tidbits of trivia about changes from the book to the silver screen.  From a monochromatic scene of Kansas, to the defeat of the Wicked Witch of the West, visitors can follow Dorothy and the Yellow Brick Road through editions of the Wizard of Oz from throughout the twentieth century.

The first Wizard of Oz book was written by Baum in 1899, but the classic American fairytale was just the beginning. Baum went on to write thirteen more Oz books before his death in 1919. From 1920 to 1963, Ruth Plumly Thompson, John R. Neill, Jack Snow and Rachel Cosgrove added more than twenty-five books to the series. Early editions of almost every book in the series were donated by Fred Wollrab to Milner Library’s Special Collections to the historical children’s literature collection.

The exhibit was made possible by the generous donation of books from Fred Wollrab and will be on display until June 15, 2016.