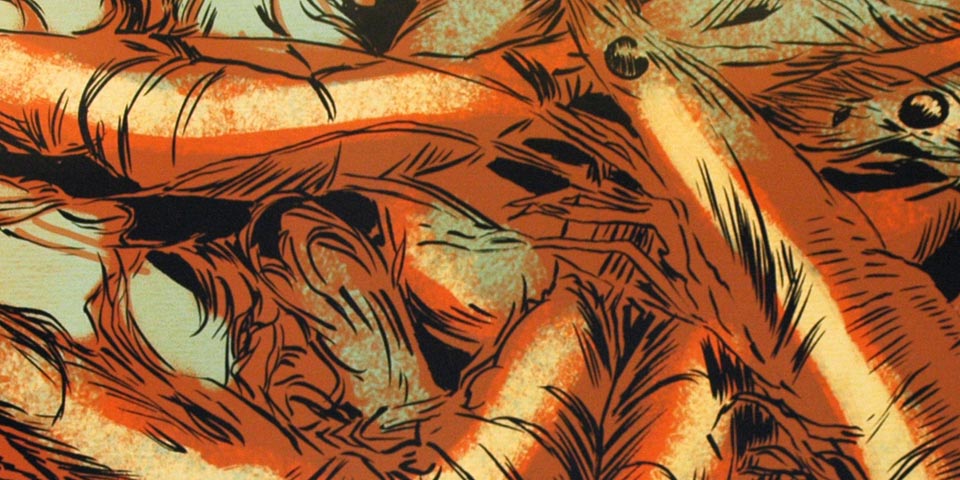 The Colors of Exile

The Vietnamese diaspora now counts more than two million people spread throughout the world. With his testimonial graphic novel, Little Saigon, Clément Baloup records the experiences and memories of individuals (predominately women) living in exile and provides a unique visual representation of their life stories. It is this personal yet powerful history that Baloup proposes to tell in Little Saigon and not the “official” version of the American Vietnam War. Rather than act as a historian or cultural anthropologist, Clément Baloup—himself a French artist of Vietnamese heritage—retraces the singular trajectories of several members of the Vietnamese diaspora (also known as the Viet Kieu) now living in the United States, from New York to Louisiana by way of California.

Unapologetically frank in its representation of war, daily life in refugee camps including famine and rape, and the difficult adoption of a new “homeland,” Little Saigon tells the untold stories of the American-Vietnamese experience. Relying less on photorealism than on a visual poetics, Clément Baloup paints an unforgettable portrait of bodies in motion.

The exhibit features 17 prints of his original images. It will be on view on the library's main floor through the end of 2015. If you need special assistance, please contact Milner Library at 438-3897 or milnerevents@ilstu.edu.