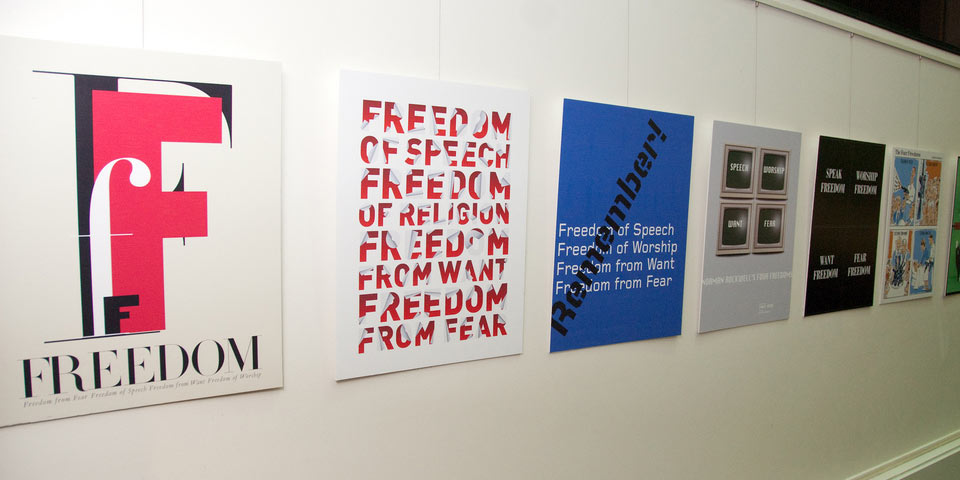 Milner Library is hosting an exhibit of over eighty graphic works created by contemporary artists and designers that responded to The Wolfsonian's invitation to express ideals at the core of American democracy. Each artist was asked to consider Norman Rockwell's visually moving paintings from 1943 that conveyed the meaning of Franklin Delano Roosevelt's "Four Freedoms" speech to Congress and the American people - Freedom of Speech, Freedom of Worship, Freedom from Want and Freedom from Fear.

This exhibit was organized and made possible by The Wolfsonian-Florida International University, Miami Beach, Florida. It is sponsored by Funding Arts Network in partnership with the John S. and James L. Knight Foundation; American Express; Continental Airlines; and The Miami Herald.

View pictures of the exhibit reception and speakers

Thoughts on Democracy Exhibit: What about the Arts?