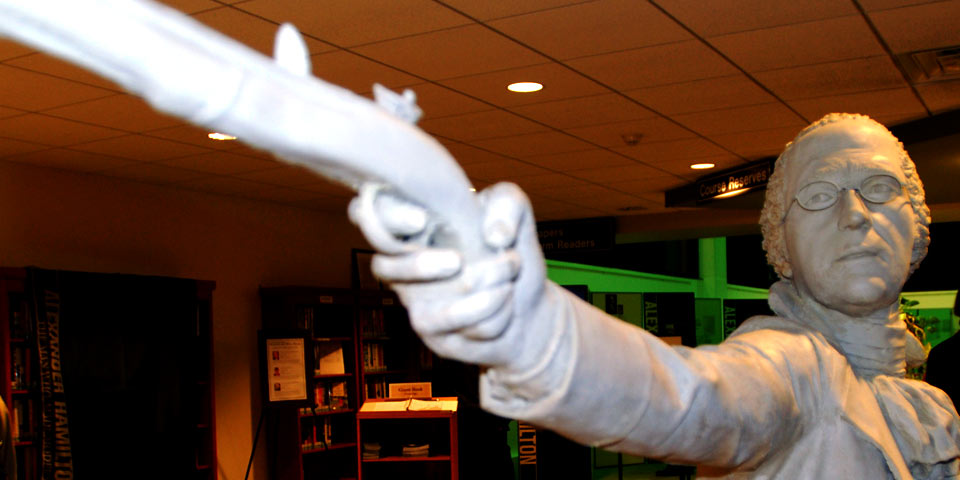 Alexander Hamilton: The Man Who Made Modern America

Milner Library will host a traveling panel exhibit entitled Alexander Hamilton: The Man Who Made Modern America. The panel exhibit examines Hamilton's central role during the Revolutionary War and our country’s Founding period in creating the economic, constitutional, social, journalistic, political and foreign policy templates for modern America. The exhibit acquaints visitors with a statesman and visionary whose life inspired discussion and controversy and shaped the America we live in 200 years after his death.

This national traveling exhibition is organized by the New York Historical Society, the Gilder Lehrman Institute of American History and the American Library Association. The exhibition has been made possible in part through a major grant from the National Endowment for the Humanities, dedicated to expanding American understanding of human experience and cultural heritage.